The crown jewel of the Soulard Mardi Gras season is just days away, and while green is one of the three prominent colors you’re guaranteed to see during the Grand Parade, the event is notoriously known for being anything but. While revelers from far and wide gather to watch krewes ride nearly 100 floats that will bring the theme of The Blues – Music, Hockey, Skies, Seas and more to life, you can do your share for cleaner air by keeping green on your mind this year in the midst of all that blue.

Fortunately, there are plenty of ways to go green during one of the largest Mardi Gras celebrations outside of New Orleans. You might even be surprised at how simple it can be to adopt just one of many possible eco-friendly actions to have a significant impact on improving the region’s air quality and helping people all over St. Louis breathe easier.

An expected 10,000,000+ strands of beads will be thrown to thousands of people lining the parade route on Saturday, Feb. 22. And sure, they make for a great souvenir, but these popular accessories made up of cheap plastic strings and other toxic materials like polystyrene and lead also pose an unnecessary threat to the environment. Instead of littering the streets or tossing them into trash cans, consider recycling your beads by dropping them off in a marked five-gallon bucket at one of the following locations: St. Louis Earth Day – Recycling Extravaganza, Soulard Farmers Market, Joanie’s and Joanie’s To Go, Shameless Grounds or Great Grizzly Bear. Or if you’re someone who loves Pinterest and channeling your crafty side, you may want to try your hand at reusing the beads in your next project, such as framed wall art or a decorative lampshade.

More than 10 tons of trash in the form of non-biodegradable Styrofoam cups, aluminum cans and glass bottles typically get left behind on parade day also, eventually winding up in landfills. Rather than tossing these items in the trash or on the street, keep an eye out for recycling containers along the parade route to properly dispose of waste and ultimately reduce greenhouse gas emissions.

To help eliminate multiple vehicles on the road converging in Soulard, Metro is making it easy to get to the fun and festivities and offering a way to reduce transportation-related emissions. For just $5, riders can let the good times roll and avoid the hassles of parking and congestion by taking advantage of the MetroBus Mardi Gras shuttle. It will operate every 10 minutes from 9 a.m. to 11 p.m. between the Civic Center MetroLink Station (near the Enterprise Center) in downtown St. Louis and the Soulard neighborhood.

We encourage you to incorporate sustainability into your favorite Mardi Gras celebrations this year to help fight for cleaner air, because that’s something everyone can celebrate! To learn more about the link between living greener and our air quality, visit our website tips section at www.cleanair-stlouis.com, like us on Facebook or follow us on Twitter at @gatewaycleanair. 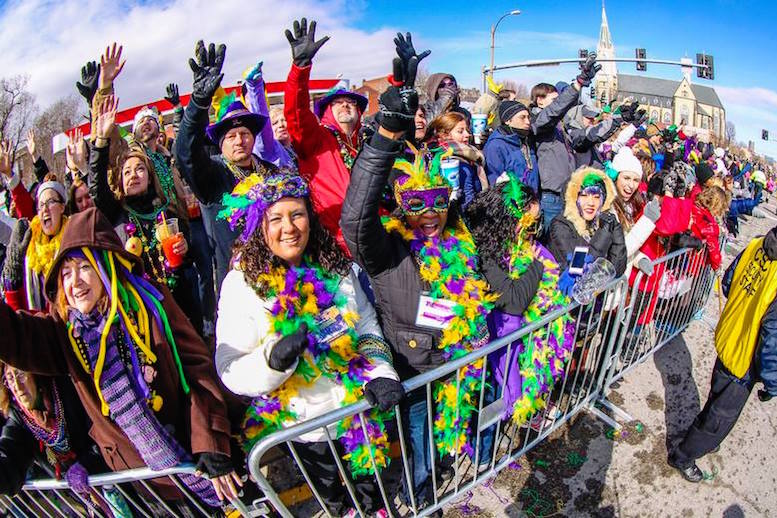