Founded in 1894 as E. Maritz Jewelry, the company got its start as a wholesaler and manufacturer of fine jewelry and engraved watches. Better known today as Maritz, the company is now a leader in sales and marketing services that designs and operates employee recognition and reward programs, sales channel incentives and customer loyalty programs. Despite the shift in direction, Maritz has remained committed to doing their part for the environment and air quality by reducing waste, water consumption, power usage and paper dependence to help future generations thrive.

Maritz was a proud participant in the 2021 St. Louis Green Business Challenge, shifting focus from their St. Louis-based Green Team to a more hybrid Green Team that incorporated its field offices and remote workers using Microsoft Teams. During the 2021 Challenge, Maritz earned the esteemed title of Challenge Champion for completing work with the Leader scorecard and committing to continued implementation of deeper sustainability strategies.

“I am amazed at the adaptability that the St. Louis Green Business Challenge has displayed during the COVID-19 crisis,” said Chuck Winkle, Maritz Green Team Board Member. “Businesses changed radically and the Challenge team at the Missouri Botanical Garden responded with innovative methods that allowed the participants to still make improvements.”

Within the local Maritz facilities, the company worked to replace all existing natural draft gas boilers with newer condensing hot water boilers, which allowed for a 17% increase in overall energy efficiency, improving from 80% to 97%. At the St. Louis headquarters, Maritz also entered into the planning phase for a construction project to repurpose a vacant 35,000 square-foot building into a multi-purpose green space. Moreover, the replacement building will save the company on average 20,000 therms per year.

Beyond these impressive accomplishments, Maritz partnered with Greg Cooksey at Midwest Recycling Center (MRC) to organize an e-Waste recycling event last spring. In all, the City of Fenton and Maritz collected over 15 tons of equipment that was diverted from landfills. The event was deemed a huge success and collected the third largest amount of electronic waste over the past 12 years of hosting it.

The Clean Air Partnership is pleased to recognize the efforts of businesses such as Maritz that continue to take action for cleaner air by channeling their time and energy towards practicing sustainability. For additional information on how your company can get involved in the St. Louis Green Business Challenge, subscribe to their weekly E-Newsletter, or visit www.stlouisgreenchallenge.com. To learn more about the link between sustainability and air quality, explore our website, like us on Facebook, or follow us on Twitter at @gatewaycleanair.

Beekeepers, beekeeping clubs and associations, and honey bee enthusiasts from all across the country will join forces for National Honey Bee Day on August 20th to honor the insect responsible for more than 1/3 of the food we eat. The buzzing celebration recognizes their contribution to our everyday lives as a means of protecting this critical species for future generations, as well as pays homage to beekeepers whose efforts ensure we have bees to pollinate our crops and support the plants that provide the air we breathe.

While you’ve likely seen #SaveTheBees plastered on t-shirts, mugs and images online, you’ve maybe asked yourself – why are honey bees so important anyways? The simplest answer is that bees are one of the world’s most important pollinators for food crops. Pollination occurs when insects like bees travel from one plant to the next, fertilizing the plant. Honey bees have little hairs all over their body that attract pollen, and when the pollen from a flower sticks to a bee, it then travels along to its next destination. When a bee lands on the next plant or flower, the pollen is distributed and results in cross-pollination, which is a process that later produces fruits, vegetables and seeds.

You also might be surprised to learn that the value of bees goes beyond supplying the food we eat, as they’re a vital part of maintaining the lungs of our planet. Pollination yields many environmental benefits for clean air as flowering plants and trees produce breathable oxygen by utilizing the carbon dioxide produced by plants and animals through respiration. However, levels of carbon dioxide in the atmosphere have been rapidly increasing in the last century due to increased burning of fossil fuels and destruction of vital forests. Without honey bees and other pollinators, populations of plants would decline, even if soil, air, nutrients and other life-sustaining elements were available.

Just as we count on the hard work of honey bees to keep our food and oxygen sources growing and accessible, they’re counting on us to build and support a planet that welcomes them. If you’re looking for ways to celebrate National Honey Bee Day at home next Saturday, there are plenty of projects that can make a huge difference for your local bee population. For starters, consider making your yard more bee-friendly and air-quality friendly by committing to using environmentally conscious pesticides, since those intended for weeds or nuisance bugs can have deadly consequences for innocent pollinators and result in habitat loss. Furthermore, stocking your cabinets with whole-comb honey and local, raw honey not only supports small, local beekeepers, but through supply and demand also encourages pollinators in your area. As an added bonus, eating local honey has been linked to a myriad of health benefits, including a strengthened immune system and the ability to reduce seasonal allergies.

Doing your share for cleaner air and helping to protect the bees for National Honey Bee Day is a reward that’s even sweeter than the honey they create!  To learn more about the link between living greener and our air quality, visit the Clean Air Partnership’s website at cleanair-stlouis.com, like us on Facebook or follow us on Twitter at @gatewaycleanair. 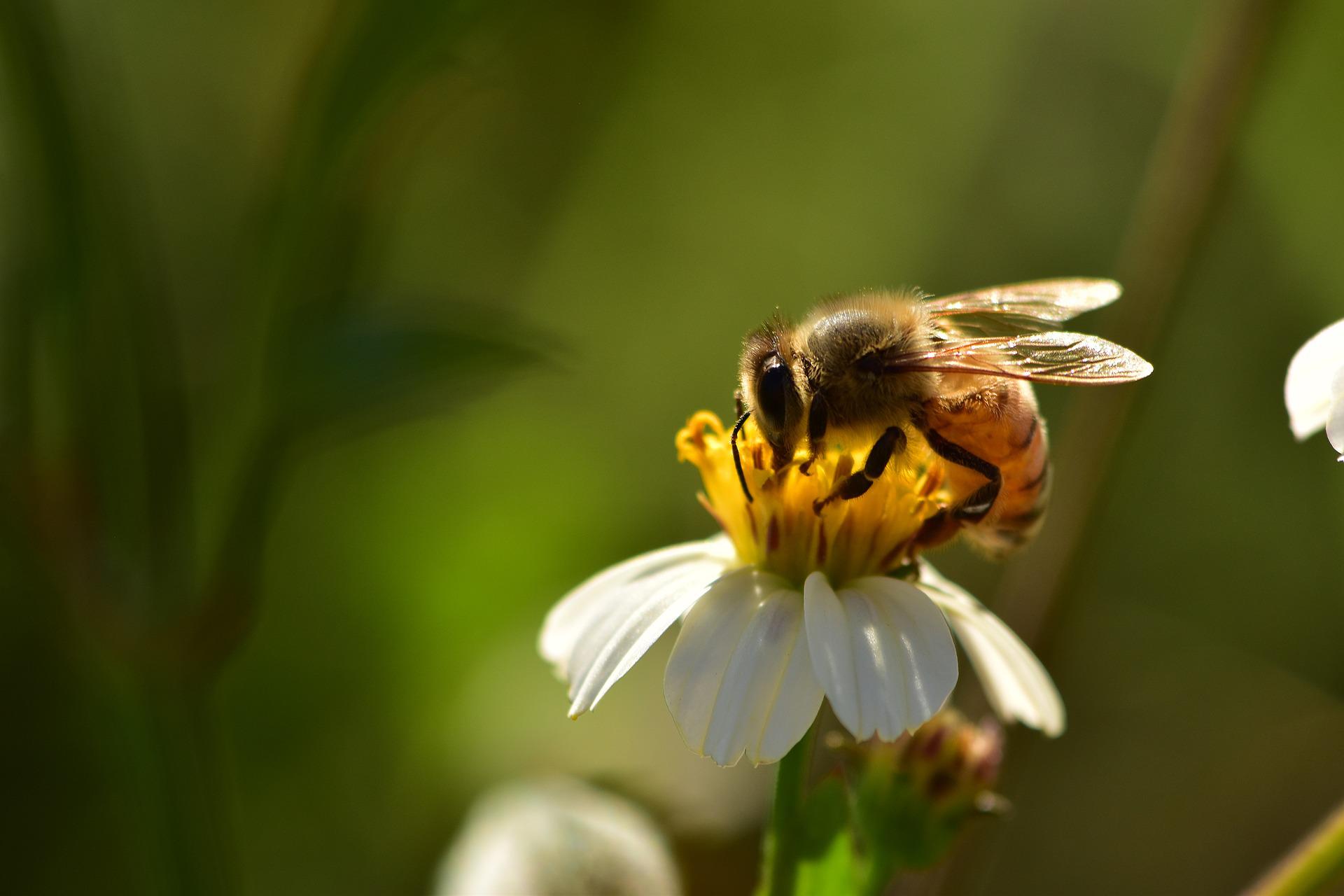 The more researchers learn about the health effects of particle pollution, the more dangerous it is recognized to be. In the years covered by the American Lung Association’s latest “State of the Air” report (2018-2020), findings reveal close to 63.2 million people lived in the 96 counties that experienced unhealthy spikes in particulate matter air pollution, which represents close to 8.9 million more people over a larger area than in last year’s report and more people than in any of the last seven reports. Likewise, some 20.3 million people lived in the 21 counties where year-round particle pollution levels do not meet the national air quality standard and received a failing grade. St. Louis is among the areas that received an “F” grade, ranking 24th for the most-polluted U.S. cities by year-round particle pollution.

Particle pollution — also known as particulate matter — refers to a mixture of tiny bits of solids and liquids in the air we breathe that comes from a variety of sources. These include factories, power plants, diesel- and gasoline-powered motor vehicles, and equipment that either directly emit fine particles or generate precursors such as nitrogen oxides (NOx) that can form into fine particles in the atmosphere. Though these individual particles may be too small to be visible to the human eye, when pollution levels are high, they can cause the air to appear thick and hazy, making it dangerous to breathe and triggering illness, hospitalization and premature death in some cases.

While anyone who lives where particle pollution levels are high is at risk, some people face an increased risk based on their underlying health and other characteristics. Research has shown that groups most at risk include pregnant people and fetuses, infants, children, older adults, people with existing lung conditions, people who work or exercise outdoors and those who live along busy highways or roadways. Exposure to particulate matter emitted from motor vehicles has been linked to poor birth outcomes, reduced lung and cognitive development, development and worsening of chronic respiratory and cardiovascular diseases, dementia and cancer. Decades of research have also firmly established that breathing particle pollution day in and day out can even be deadly, with elevated risks of mortality from cardiovascular and respiratory causes, including heart disease, stroke, influenza and pneumonia.

The good news is, cleaning up particle pollution does make a difference, and studies have shown a consistent relationship between decreased particle pollution levels in communities and improved respiratory health in both children and adults. Thankfully, the St. Louis region offers plenty of resources to aid in this effort to improve the quality of the air we breathe and protect lung health.

For starters, the Clean Air Partnership encourages area residents to visit SwitchUpYourCommute.com to learn more about the air quality benefits of taking transit, carpooling, vanpooling, walking, biking or telecommuting. The site also provides detailed information about all transportation options that extend beyond driving in single-occupancy vehicles available on both sides of the Mississippi River – and links to associated schedules, pricing, programs, ride matching services, incentives and more. 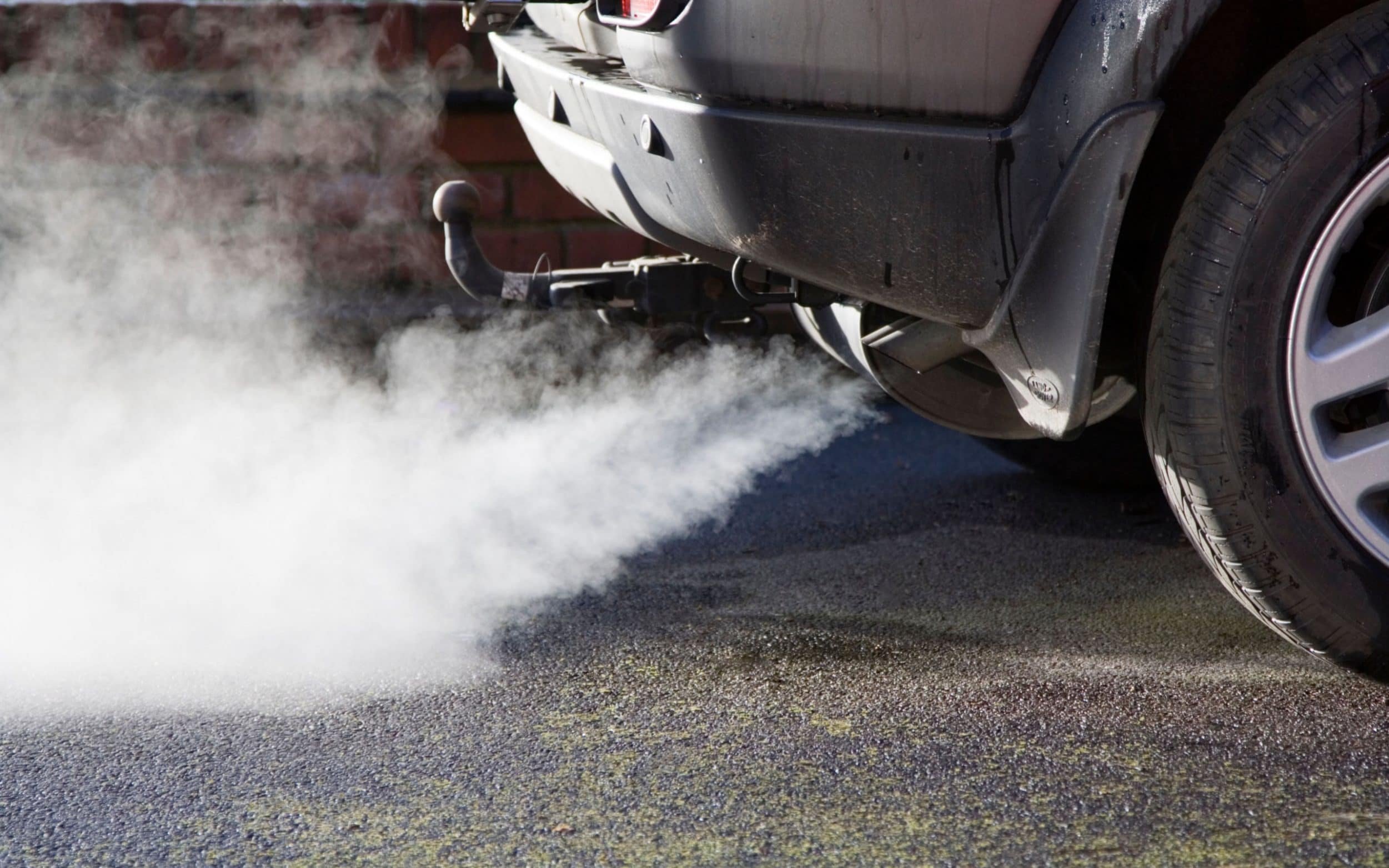