Author Julie HauserPosted on March 15, 2021Categories BlogLeave a comment on Greening Your Spring Travels in the Age of COVID

With the official first day of spring just under a week away and the distribution of COVID-19 vaccines accelerating, it’s tempting to get away for a long-awaited vacation. While spring break is a welcome respite from work and school routines for families, COVID-related concerns still mean precautions are necessary when choosing how and where to travel responsibly as a family this year. Regardless of what your vacation plans entail, it’s also important to keep in mind that traveling can have a negative impact on the environment.

Fortunately, there are a variety of ways for individuals to take action for cleaner air by incorporating sustainable practices into the way that we travel. Here are some helpful tips to consider for safely reducing your transportation footprint this spring to help improve the region’s air quality:

A few small changes are all it takes to help people all over the St. Louis region stay safe and breathe easier during one of the busiest travel times of the year. For more clean air tips, visit www.cleanair-stlouis.com, like us on Facebook and follow us on Twitter at @gatewaycleanair. 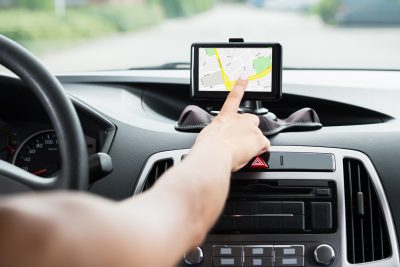 As the novel coronavirus took the world by storm in 2020, governments around the globe imposed travel and business restrictions to help slow the spread of COVID-19, forcing countless workers to turn spare rooms and kitchen tables in their homes into newly adapted office spaces. While there is no silver lining to a deadly pandemic that has upended the lives of millions and claimed the lives of far too many around the world; one outcome from the resulting lockdowns this past year is worthy of note – improved air quality due to a reduction in automobile use and increased telecommuting.

According to a recent article published by the St. Louis Post-Dispatch, data reveals that nitrogen dioxide – a pollutant linked to car exhaust – fell markedly in the St. Louis metropolitan area during the spring economic shutdown, which also mimicked global trends as individuals sheltered in place and kept their cars off area roads and highways. Preliminary numbers released by the Global Carbon Project indicated that worldwide carbon emissions also fell 7% – the biggest drop in recorded history – as a result of people staying home and traveling less by vehicle or plane. The Associated Press reported that emissions dropped 12% in the United States and 11% in Europe, but only 1.7% in China since they experienced an earlier lockdown with less of a second wave. Additionally, satellite footage has shown veils of pollution lifted above cities such as New York, Boston, Los Angeles and other parts of Asia typically congested with smog.

While it’s long been reported that transportation-related emissions are one of the biggest contributors to air pollution, the dramatic reductions during the pandemic provided a compelling reminder that our commuting choices affect air quality and the health of the region. The Clean Air Partnership is calling attention to the trends observed during 2020 to encourage area residents to remain steadfast in their efforts to take voluntary steps to reduce emissions, including the continuation of eco-friendly actions like telecommuting and giving greater consideration to alternatives to the solo commute as offices open back up.

The region’s public transit system, ridesharing and bike-sharing services are all designed to limit the number of solo commuters on the road and offer great alternatives for the work commute or an option to hopping in your car for short trips. Likewise, combining errands into a single trip, not topping off your gas tank, avoiding vehicle idling or even opting for electric vehicles can also greatly impact the amount of ozone-forming emissions on any given day.

These actions play a critical role in improving air quality conditions and helping people across the region breathe easier, which is especially important for children, older adults and those who suffer from lung diseases. Given that some of those vulnerable populations are the same ones most at risk from COVID-19, these voluntary measures take on additional significance in the current environment.

With the St. Louis region now experiencing a decline in the number of overall COVID-19 cases, people will continue transitioning back to the office as we settle into the warmer months when there’s a greater risk for increased levels of ozone pollution. Lessons learned during the pandemic could translate into more permanent behavior changes that could significantly help to put a dent in one of the largest sources of harmful greenhouse gas emissions and be another step in the right direction for healthy air.